TAP is an FDA-cleared device that collects blood painlessly using an array of tiny needles called micro needles. Users simply push a button and blood is vacuumed into the device; samples are anti-coagulated and ready for lab transport. Researchers hope the device can reduce the number of patients who delay or forego medical tests that rely on drawn blood. It could also be a helpful resource for clinical trials, pharmacies, athletic monitoring, and more.

According to manufacturer Seventh Sense Biosystems (7SBio), TAP’s spring-loaded ring of micro needles, which are smaller than an eyelash, creates tiny punctures through which blood is drawn. 7SBio CEO Howard Weisman says the needles are deployed and retracted so rapidly that patients do not feel them at all. As for the TAP device, it is about the size of a stethoscope. 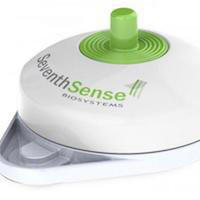 Why It’s a Big Deal

Though life-changing for patients terrified of traditional phlebotic needles, it is TAP’s use of micro needles that is especially revolutionary. It is only one of a whirlwind of new and developing devices using them. Researchers are testing a wearable patch called SkinJect, for instance, that uses dis solvable micro needles to treat basal cell and squamous cell skin cancers directly. Basal cell carcinoma accounts for nearly 80 percent of skin cancer diagnoses, or about two million cases a year. 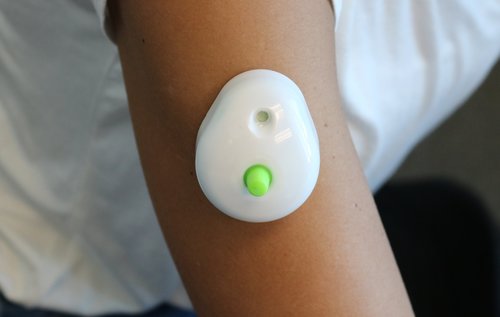 Another forthcoming device called sugarBEAT is a reusable electronic sensor—also applied using a skin patch—that continuously monitors one’s glucose via a non-perceptible current across the skin. The Bluetooth-enabled device lets diabetics access this information anytime with an app. According to University of Bath pharmaceutical sciences professor Dr. Richard Guy, when paired with micro needles, the patches could painlessly inject insulin whenever patients need it, without any action on their parts.